How to add testimonials to your Duda site

Learn how to embed Trustmary's testimonials and surveys onto your site with Duda.

In this article we will be taking a look at on how to embed Trustmary's testimonials and surveys to a web site when using Duda as the content management system. In this example, we will be using the testimonial embed. If you're looking for instructions on the same subject but for a different platform, please refer to the other articles in our Help documentation's Integrations section.

Getting the code snippets

Start by navigating to the Widgets section in Trustmary. In there, select a widget or create a new one.

Once in the widget editor, select the Rules tab at the top of the screen. Here you'll find the code snippets needed to embed the widgets.

What to do with the snippets?

Note, that the two snippets of code serve different purposes.

The first snippet, Trustmary tag, is a global script which enables the loading of the widgets. This script needs to be installed once, either with Google Tag Manager or inside the <head> tag of a website. We recommend installing the script with Tag Manager, as scripts installed like this are activated more reliably and with less interference to other components of a site. For the installation process, check out this guide.

The second snippet is the embed code itself. This snippet loads a widget into where it is placed on the site.

For surveys, the embed code can be found in the Collect tab of the survey in question. Once there, scroll down to the end of the page and you will see a section titled Embed to Website. Click Copy under the code snippet and you're ready to move to the next stage. 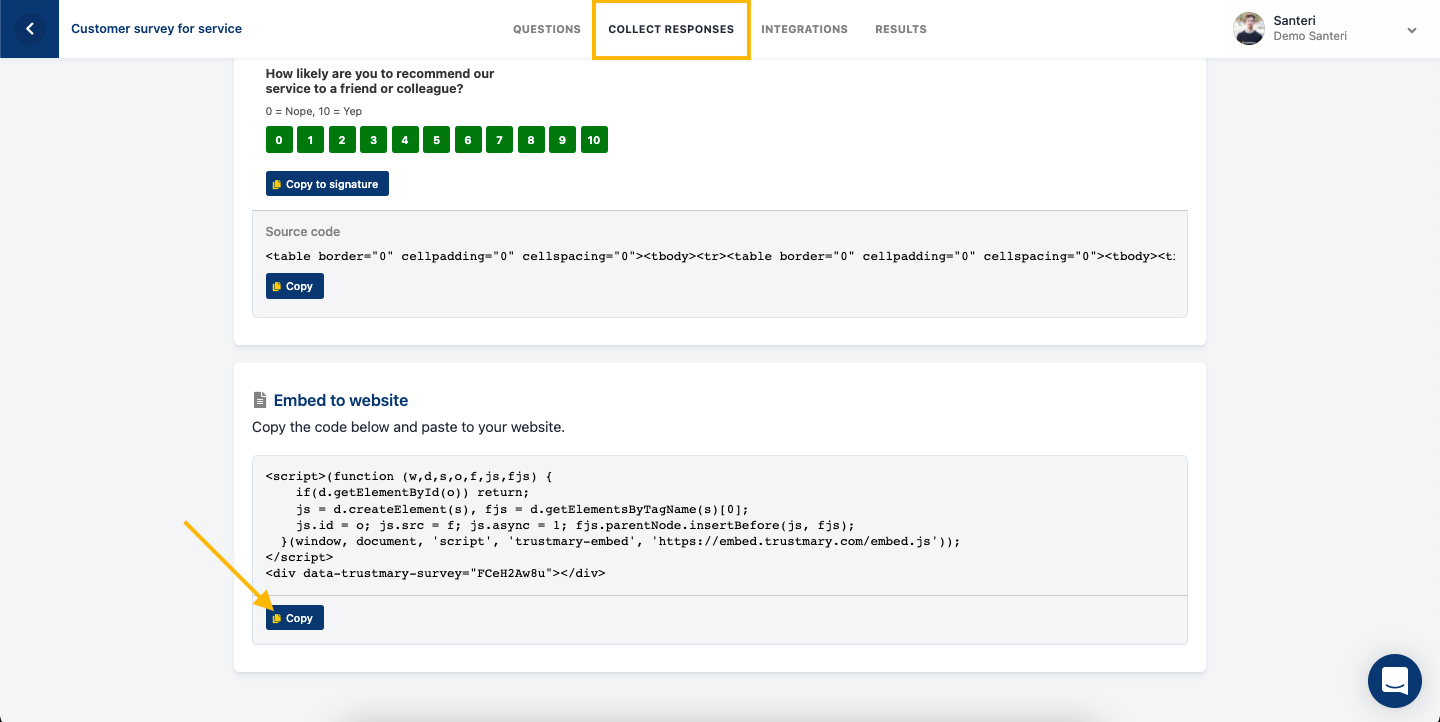 Embedding the code in Duda

Start by selecting Widgets from the toolbar on the left in Duda's editor. In here, look for the HTML widget, and once you've found it, drag the widget onto its place on the site.

After the widget is placed on the page, a window pops up. This is where the embed code from before comes in: paste the code into the text box of the widget. Note that there might be some placeholder text in the box which you will need to remove before pasting the code.

Then just click Update on the lower right of the window to save the changes. 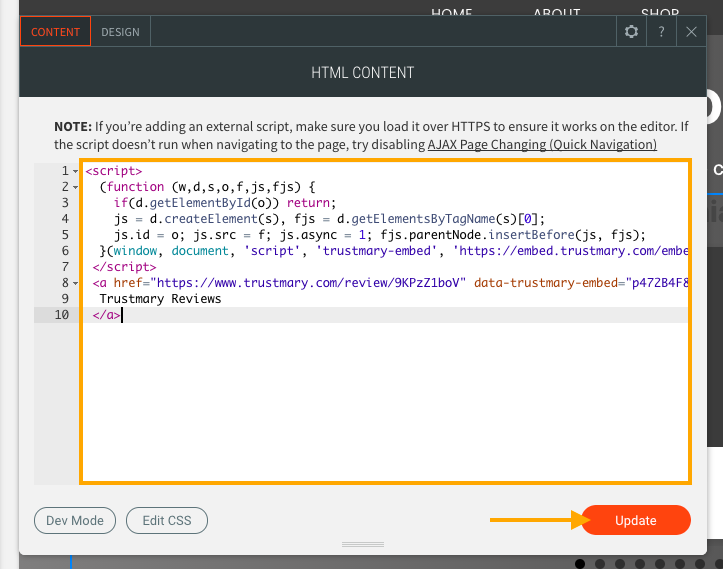 Your embed should appear in the editor immediately. If the embed acts like the one in the image below, everything is correct and you now have your testimonials dispayed on your site driving sales!