All Collections
FAQ
How can I customize the email embed?

How can I customize the email embed?

Finding the embed and source code

The embed code can be found on the Collect tab of the survey in question under the Embed first question to email heading. The embed can be copied by clicking Copy to signature and pasted into your email service's signature field. In most cases, after this you're all set, but in some cases you will need to take a look at the code itself. The code can be copied either from the Source code section or by clicking Copy below it.

At the moment it is possible to customize the colour of the buttons on the email embed and the texts describing the ends of the NPS scale (without editing the code itself).

The colour and texts change according to the changes made to the survey in question and customizations to the survey's appearance can be made in the Survey Editor under the Questions tab. The tabs you're looking for are Theme and Language. 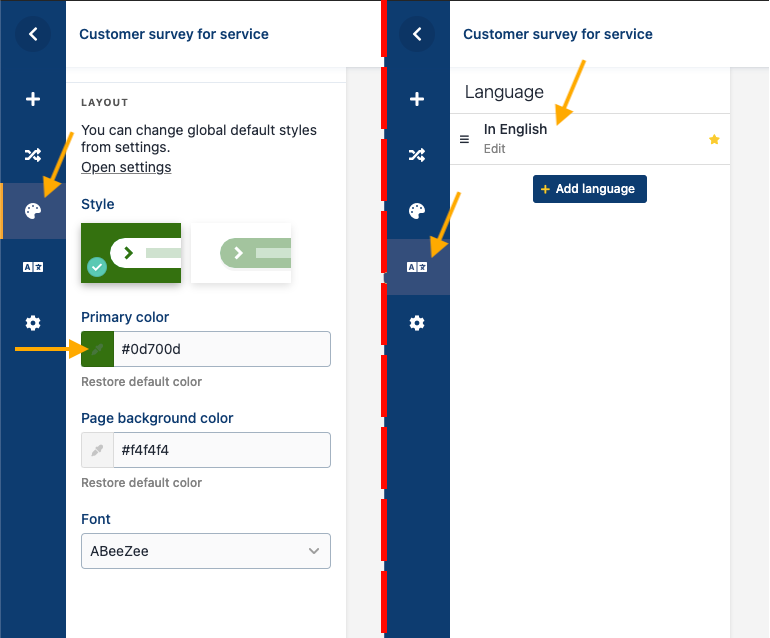 The colour you can change directly from the Theme menu, but for the texts you will need to go a bit deeper, and edit the translations. Just click the language you would like to edit and change the default texts as seen in the image below. 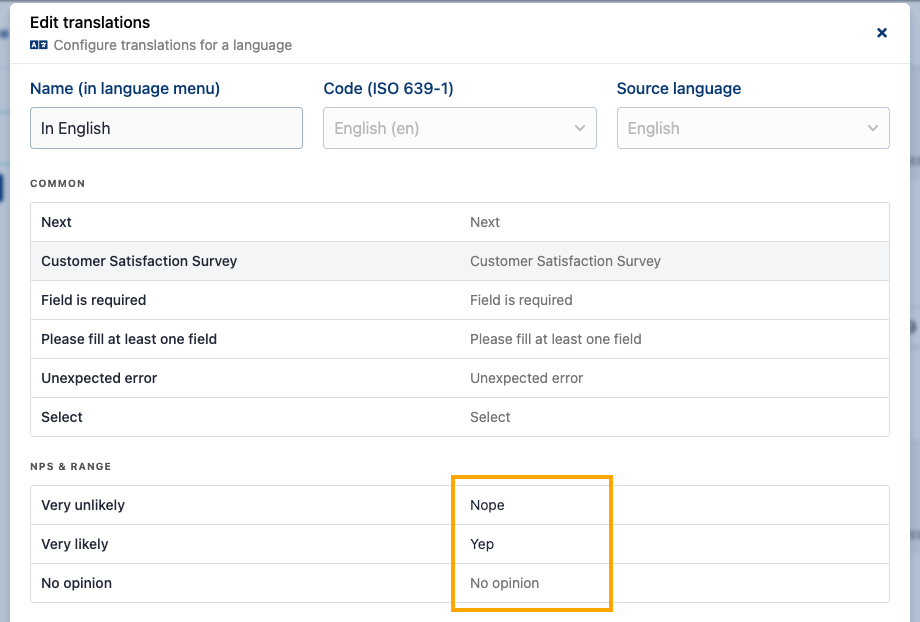 And that's about it! With these modifications, you can make the email embed look a lot more personal compared to the defaults. 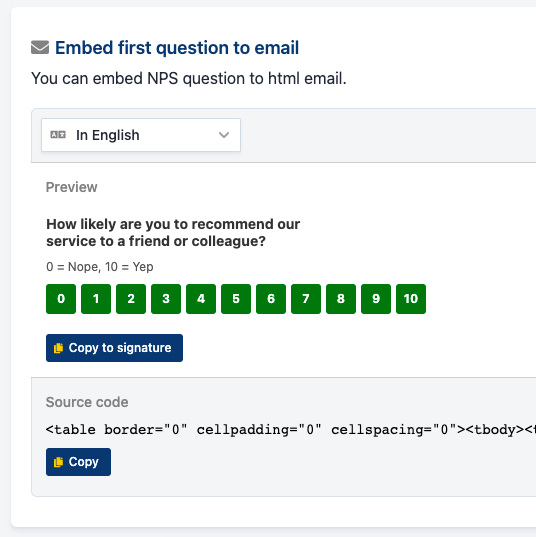